Embracing optimism and improving optimisation: Fred Segal shares its pandemic pivot and how it continues to monetise its iconic LA style.

The pandemic had an undeniable effect on brick and mortar stores, but multi-brand retailer Fred Segal proved its resilience and robustness, which its founder and CEO, Jeff Lotman, attributes to optimism.

The LA-inspired clothing store, known for its classical styles, array of jeans and vintage selections, did improve the functionality of its ecommerce offering – like most other physical retailers – but it also adapted its discovery stores to bolster its interactive experiences. Prior to the pandemic, the chain would run 150 events in a year in its flagship San Francisco store and this year, it returned to holding an impressive 80 events there.

“We're very much about optimism and holding true on the things that really matter to us, like inclusivity,” says Lotman. “Sustainability, of course, is another big aspect that we're focusing on and leveraging; it’s becoming more important as we move forward.”

The brand has four shops dotted around the US, with the flagship Fred Segal store based in West Hollywood and others in Malibu, LA and Las Vegas as well as a newly-launched offering in Seoul, South Korea. 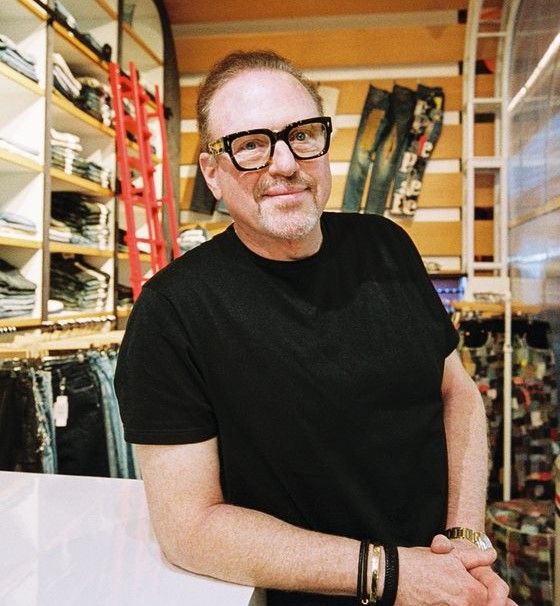 “The San Francisco one has always been about experience,” says Lotman. “It’s a discovery store, so we’ve continued to hone in on that to get our events back up and going.”

With a number of brand activations – including new brand launches – taking place in-store, it’s an opportunity for brands to test drive consumer demand. Fred Segal even partnered with German skiwear brand Bogner for a two-month winter pop-up (from November 2022) at its flagship store, providing them with a 1,400-square foot space complete with a snowy store floor. While its partnership with Mattel Creations in June 2022 – in which they supplied artistic renditions of classic toys inspired by media franchises – proved the popularity of the brand’s diversification of product.

“It's a great way to introduce brands to our customers,” says Lotmsan, who now expect to find regular brand showcases in-store.

Not only does this hype up the company’s reputation, but it means the brand can jump on new trends, monetize opportunities and scope out wider audiences. With plans to open a store in New York City, possibly Miami and more in Korea as well as into Europe, Fred Segal has got its sights on getting its signature LA style to go global.

The flagship store also launched Artcade last year – “a new type of retail and gallery experience that seamlessly blends talent and tech to rethink the way we shop,” according to its website. The multipurpose event space is open for artistic collaborations and showcases also, including NFT compilations and gaming opportunities.

Being at the forefront of test-driving tech in the retail space not only enables the company to remain competent within the market but provides opportunity to experiment with different formats in-store and online. Having previously piloted innovations within the metaverse, Lotman is confident that the right use case for the tech will emerge to elevate the retail experience.

“Who knows what the future could be,” he says. “It would be cool if you could literally go into a store, pick something up, drop it on yourself and see yourself wearing it or to literally walk into a virtual Fred Segal in the metaverse and have an avatar-version of yourself try on clothes.”

He thinks that AI will be developed to a point where it can scan consumer body types to predetermine and sample the fit of different products, thus contributing to the reduction of retail returns and satisfying consumers’ retail experience.

The need for innovative thinking

The will to embrace new tech as it develops requires a creative and flexible mind-set; to be able to adopt different innovations in-store and test them out live on consumers. And Fred Segal – through previous, current and future collaborations – proves its desire to explore new terrain to realise what activations work best with its consumers.

“We have to find ways to make ourselves better,” says Lotman. “That's also why we launched our own private label (as of September 2022), which is made up from a blend of organic and recycled cotton. We want to do things that promote how we're looking at changing our packaging system.”

The inaugural collection, known as 'The Neighborhoods’ consists of lux T-shirts and sweats and it’s aimed at a more sustainable output: “Not everything’s going to sell so instead of trashing or discounting items, we've decided to repurpose them; bringing them back into the factory if they don’t sell to spruce up, refresh and rework them for a second life. Why create more products when we have the capability in-house to figure out how to reuse them?”

The brand also launched its Season Zero contest in 2020 and is now in its second iteration of the competition. Its support of emerging design talent in collaboration with Black in Fashion Council ensures continued diversity by spotlighting new voices in the industry.

“The pandemic stopped the ability for designers to showcase their work when graduating from design school,” says Lotman. “This platform gives them a chance to do that and selfishly, we need new designers all the time, but it also means we get to support inclusivity and pave their entry into the industry, while remaining cool and relevant.”

But employing all these initiatives would be redundant without fully recognising what consumers want and need. Fred Segal understands the importance of remaining true to its purpose, updating its messaging e and using data to segment its audience.

The store in Korea is doing incredibly well since its opening in April 2021 – something Lotman attributes to the legacy of LA’s culture and its work surveying how its viewed locally.

“People love LA,” he adds. “It represents Hollywood and movie stars; full of lights, aspiration and being able to build yourself. As a company, we're very much showing an editorial view of LA, but it’s something our designs and company culture emulate too.”

Improve ecommerce offering and look ahead

In today’s market, retailers must have a functional ecommerce offering – which is why Fred Segal worked to make theirs frictionless.

“70% of our sales currently come from mobile phones, so we have to build towards that,” says Lotman. “But I believe that in future, that's going to be 70% coming from a new world that does not yet exist. That will allow consumers to shop in their own environment or from our brand store. We’re planning for the emergence of these digitally rich environments already.”

While the opportunities around virtual stores and shopping experiences are still nascent, the fundamental rules – around how to capture consumer attention – still apply.

Fred Segal is conscious that it needs to continue improving its offering and looking ahead to keep up with these evolving demands and survive future adverse circumstances.

Sure, there may be challenges operating as a multi-brand retailer such as Fred Segal: “the margins aren't there in the same way as they are with a mono brand,” says Lotman, but identifying these difficulties early on helps with confronting them as positively and realistically as possible.